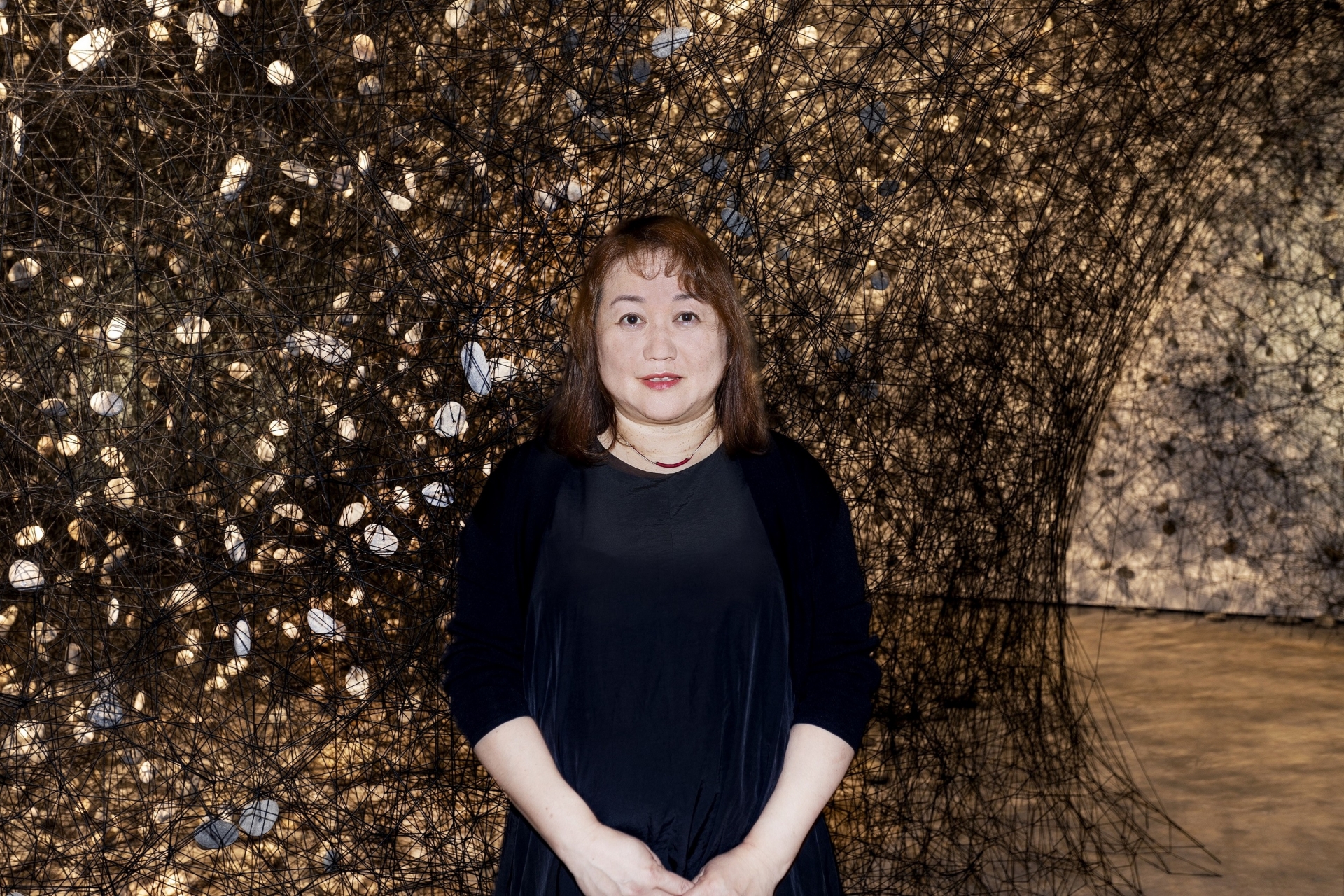 PLANTA inaugurates ‘In the beginning was…’, the first permanent installation in Europe by Chiharu Shiota

The piece takes its inspiration from the industrial environment of the Sorigué gravel pit—the site of the PLANTA project—and is created from materials extracted at these same facilities.

For the first time in one of her creations, Shiota uses stone as an artistic material in a poetic allusion to the concept of origin.

The installation culminates a project started in 2015, which saw a temporary exhibition of the same name at Fundació Sorigué.

On Thursday, 3 June, PLANTA presented ‘In the beginning was…’, the first permanent installation in Europe by renowned artist Chiharu Shiota. The piece was created specifically for PLANTA, the project founded by the Sorigué business group and its Foundation.

When creating this unique piece, Shiota took inspiration from the industrial environment of Sorigué’s gravel pit and used stone as a fundamental element in the piece to reflect the material’s abundance in the PLANTA landscape.

In her prior visits to PLANTA, the stones falling down the mountains of gravel instilled in the artist the notion of origin: the material is the basic, raw element from which something will be created later. The use of stone is a poetic allusion to the concept of origin.

On the one hand, it alludes to the origin of the universe: the dense weft formed by threads and stones evokes the cosmos, through which the artist reminds us of our fragility. “I felt that there was a common realm between the universe inside me and the one outside, just as I felt that my body was the closest thing to the universe. Perhaps when people leave us, they dissolve into the universe,” says the artist.

And on the other hand, Shiota alludes to the origin of the Sorigué business group itself and its connection to the movements of the land and in whose original space the piece is inspired and on display. “When I first visited this gravel pit, what struck me most was the beautiful sound the stones made when they fell. With the stones, I also wanted to recall the beginnings of this company.”.

The process of creating the work is as important to the artist as the final result, since she envisions it as a ritual of meditation. “Knowing where we come from will help us to know where we are going,” she explains.

Shiota creates an extensive web through which a dreamlike allure emerges, activating memory and its absence. By capturing elements as dense and heavy as stones through a medium as fragile as thread, the artist evokes an atmosphere that leads the observer to reflect on the past and meditate on the future.

The installation culminates a project started in 2015, which saw a temporary exhibition of the same name, “In the beginning was…”, at Fundació Sorigué and has evolved into the presentation of her first permanent installation this coming June at PLANTA, which is also the first of its kind in Europe.

“It is an honour for our project that an artist with the relevance and international standing of Chiharu Shiota would be inspired by PLANTA to create, firstly, a temporary installation, before accepting the challenge to create her first permanent installation in Europe, based on the experiences she had at our facilities,” says Ana Vallés, President of the Sorigué business group and its Foundation.

The new site-specific piece will live at PLANTA alongside spaces that house the works of William Kentridge, Anselm Kiefer, Bill Viola, Antonio López and Juan Muñoz.

Chiharu Shiota (Osaka, 1972) is one of the world’s most renowned artists, recognised for exploring the relationship between memory and loss through the creation of stirring environments that represent the space between the artist’s inner and outer worlds. Through her installations, which feature thread as the main material, she explores the links and ties that bind us, connect us, become entangled or are severed.

Her work is closely linked to the Japanese notion of destiny and alludes to the fragility of existence. Most of her installations are collections of used belongings that are full of memories and serve as expressions of human acts. Shiota weaves complex webs of threads around and between these objects, uniting their inherent narratives while creating a new visual plane.

She recently participated in some of the most important biennials such as those held in Moscow, Sydney, Lyon and Venice, for which she created the Japanese Pavilion in its 56th edition. In addition, she displayed her work in a monographic exhibition at the Mori Art Museum in Tokyo (2019) and in the retrospective Linhas da Vida, which has toured the most important art centres in Brazil.

About the site-specific piece

The space that houses the piece was built specially for Shiota’s piece and is attached to PLANTA’s Mineralogy Centre, a space for knowledge and reflection on geological processes.

The rocks and minerals trace a journey through time from the origins of geological formations until today. This trip encourages us to meditate on our place in the world from a spatio-temporal and philosophical point of view.

The location of the installation underscores the link between the meaning of the work and the space that houses it. And the building, created specifically for this installation, responds to the complexities of the work’s grandeur while bestowing an intimate environment necessary for the artistic experience. 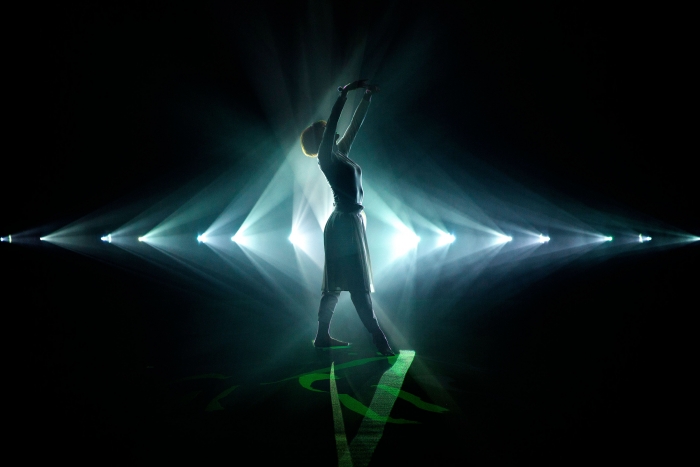 Robotic architecture, light, and dance combine in an immersive show at SonarPLANTA 2017 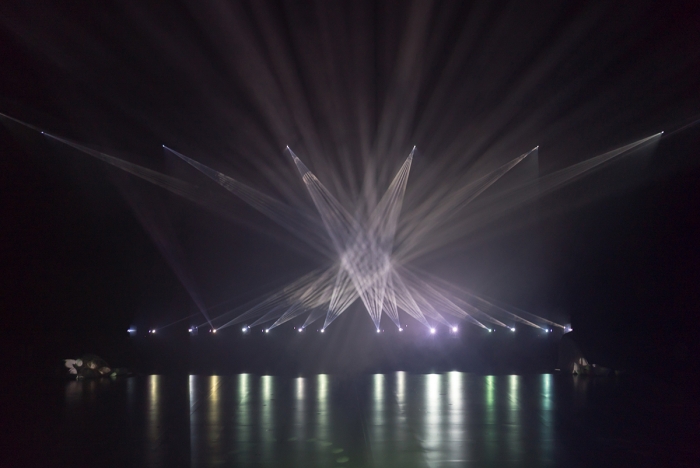 SonarPLANTA in Barcelona will debut ‘phosphere’, the new work by Daito Manabe 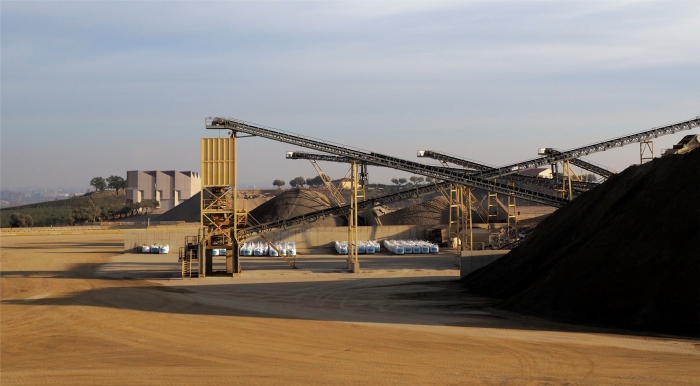